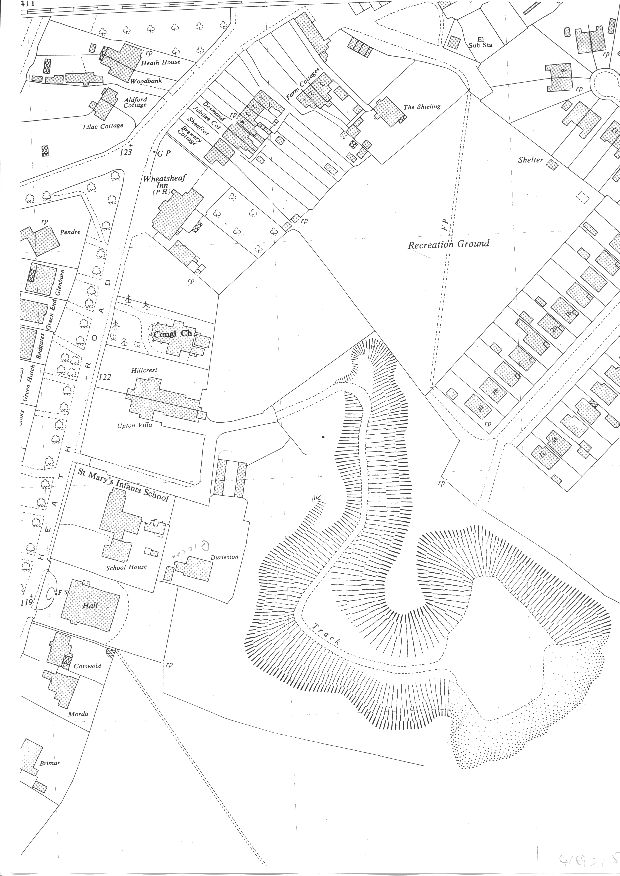 The recreation area has been known for many years as 'Chemistry Pits' - plural. All surveyed maps since 1735 show this as simply being part of a field. The 1939 Tithe shows two large pool - one where the Clinic now stands - and the other the site of The Wheatsheaf. Traditionally pools that are not used for their water have been used as dumping pits particularly when near a gathering of properties such as the Upton Heath area. 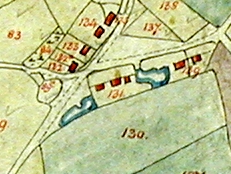 By the 1872 OS survey the Wheatsheaf building is shown and the other pool is an enclosed small field or paddock or garden. Today this filled in pool has buildings on it in part but also has a triangle of grassed open space.

The name 'Chemistry Pits' may have been a nickname for this area while the pools had an unpleasant smell and the name stuck in an age when people were not so sensitive to such a name. When the recreation ground needed a name - it was nearby - and hence a useful name. The 'Chemistry Pits' recreation ground was land gifted to the children of Upton ' in perpetuity' by Sir John Frost of Upton Lawn following the loss of some of his land when Moston Road (the A41) was built in the early 1930s. Village children had played on that land and Frost insisted that an alternative was found for them. Previously a plaque at the entrance to the recreation ground commemorated this gift but the plaque is now missing. 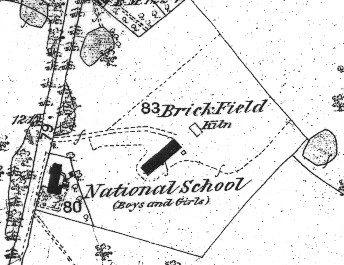 When St.Mary's school was built it had a brickworks behind it - owned and worked by Vernons of Chester - reputedly supplying bricks for several of the local buildings being erected in that period. The clay is likely to have come from Ithell's quarry off Sandpit Lane (now Upton Lane). Shown here in the 1872 OS survey but by the 1898 OS survey the brickyard was closed and a new one opened off Long Lane - behind the site where 'The Mount' was later built.

The local story is that while digging out foxes in the area during the 1920s - sand was discovered and eventually the sandpit was opened up and worked by Dick Ithell supplying sand for the building industry.

The 1956 map above shows the extent of the pit by that time. Shortly after this in the 1960s, the pit was landfilled and housing developed - Marina Drive extension / Cotebrook / Rushton / Iver.