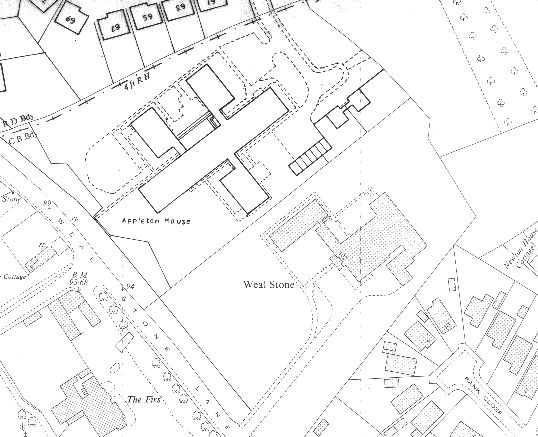 In the 1960s the land was acquired by Chester City council.

Weal Stone was built first - shown on the 1967 OS. It was sheltered accom – just a room bed/wardrobe/chair. Shortly later Appleton House was built with access from Appleton Rd – for most of its existance it served as an 'Assessment Centre' accommodating children and young people who were experiencing difficulties within their families. Prior to its closure it had become a Local Children's Centre.

At this time the area to the back was still open ground.

The houses were demolished and Bellways built a new housing estate in the 1990s - Arradon Court and Breton Close.

The land at the rear had been earmarked initially as a public amenity with children's play area. A later decision was made for a small open area with public access and a fenced off area behind as a wild life sanctuary. This all bears the name of the 'Donkey Field'