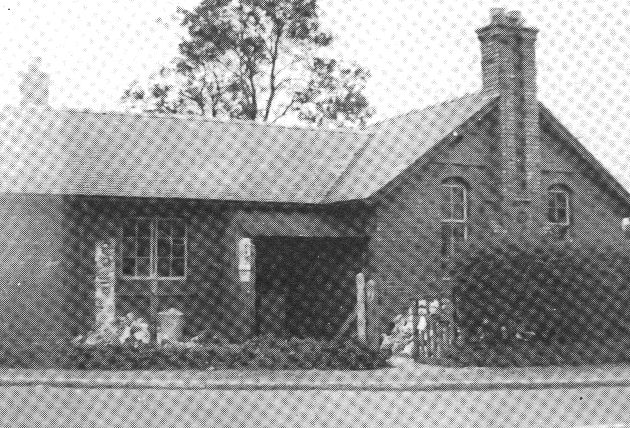 The Upton Heath Men's Institute at the junction of Long Lane and Caughall Road was formed on 31st December, 1907. The site was given by the late Sir John Frost, and the foundation stone was laid by the Duke of Westminster. The building was erected for the use as a reading room and club for use of men of the farming, artisan and industrial classes resident in the Township of Upton,
provided the building is not used for the purposes either of -

According to the 1951 WI Village History scrapbook - 'The Institute is open from 1st October to 30th April and its annual subscription is 3/6d. Its main purpose is to provide recreational facilities and it is hoped to increase these and to increase the membership from its present number of 54.'

A few residents and former residents (incl Derek Barnett and Bernard West) recall using the 'stute' as young men 'to while away many happy hours playing snooker in the evenings after work'. Snooker was viewed by some at the time as a 'useless pastime for working class wastrels with nothing better to do !' The older men played billiards which was considered a superior and more skillful game.

Derek recounts that - 'The 'stute' was overseen by the Steward, one Frank Lloyd, who lived in Oakfield Drive. He was a portly friendly chapwhose day job was that of a Council road sweeper. He was a familiar sight in his dark blue overalls and greasy brown trilby hat with a ciggy dangling from his lips. The job was done by hand then and Frank (probably mid-forties) was always happy to lean on his brush, light another ciggy and pass the time chatting to passers-by.

In the evenings he transformed himself into a very smart gent in a dark blue suit, white shirt and tie and highly polished shoes. His short black straight hair was slicked back with brilliantine.

Derek does not recall any subscription or knowledge of how the 'Stute' was supported. 'The penny or two paid to Frank for making a cup of tea - if he felt willing - could hardly have helped with the upkeep.

Frank knew that some of his snooker players went shooting in the fields for game and would tip them off if he spotted a hare or some partridge over the hedge while working that day.

Sometimes Frank would spend whole evenings in the 'Stute'. On other occasions after an hour or so he would catch a Crosville bus into Chester for the pictures or a dance.

Today the building is 'the Guide Hut'...that story is covered under 'Guiding'.