Until the 1960s, St Mary's Infants, Acresfield Infants, Upton Manor and Upton Westlea catered for the primary age group children in Upton; although by the late sixties demountable classrooms had already been erected at St Mary's and Westlea to cope with the baby boom of that decade. Much new housing was also built during that time and eventually the existing schools could no longer cope and Mill View was built. The style of the building was very simple and typical of all County schools being built at that time. There were four junior classrooms built at right angles to the three infant classrooms with an open patio area adjoining the hall.

When it opened in 1968 children were transferred there from the Manor and Westlea, and all the existing catchment boundaries were re-drawn and very clearly defined. Boundaries were very important at that time: not only between the local schools, but between City and County schools. Children on the south side of Rosewood Avenue for example, were 'City' children and went to Newton school then Kingsway, or, while the 11 plus still existed, to the City Grammar Schools; those on the north side went to Upton Manor and later to the Grange in Ellesmere Port or to Ellesmere Port Grammar School.

Bryan Lambert was appointed head teacher of this new school, built, according to many mystified parents, on the 'wrong' side of Wealstone Lane. They had a point. At that time every child in the catchment area had to cross that busy road and a crossing patrol was speedily established. A bend was removed from the lane that caused headlines in the local paper at the rime "A long lane has no turnig". This spelling mistake inspired the staff to create a strange red felt creature, which lived in the staff room and became the school mascot known ad Turnig. The school cost around Ł68,000 when it opened, fully equipped, but the new roof in the late eighties and the new windows and cladding in the nineties cost three times that figure. 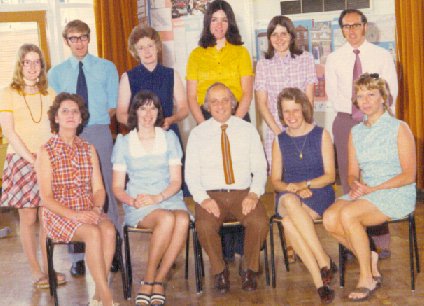 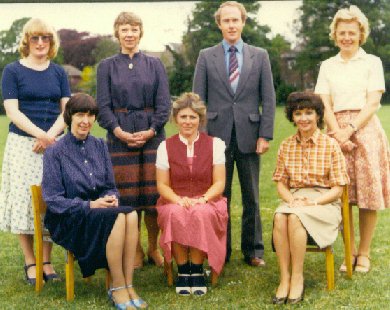 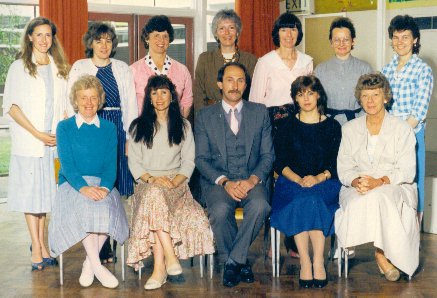 Some of the children ...on a bus trip to the Gateway theatre with Ruth Price....and on a 'come as you please day in 1990 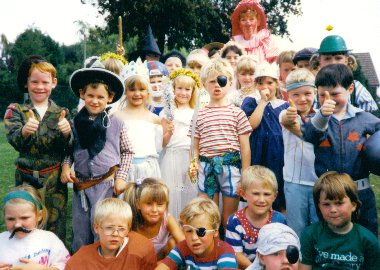 Maypole dancing on the school grounds in 1988......and enjoying Cowboy Joe the same year

Two special occasions
Mrs Hunt with the school's 21st anniversary cake ...and the start of the Fun Run in Oct 1988 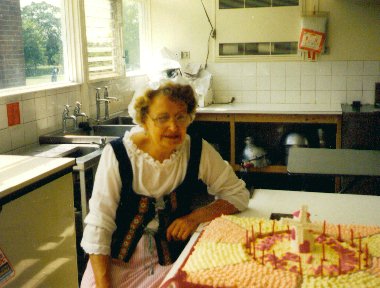