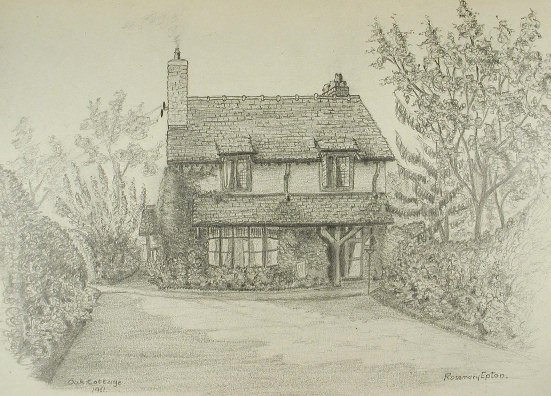 From the WI1951 Upton history

Oak Cottage was formerly part of Upton Cross property - it is a charming little cottage set in complete privacy behind a holly hedge between the churchyard and the garden of Upton Cross. It belonged to John Axe in 1839, and was probably built at the same period as the former inn. At one time it possessed only one storey and had a thatched roof. It is reputed to have been the toll cottage from which tolls were levied on loads of sand coming from the old sandpit in Upton Lane. About ninety years ago it was the abode of the village cobbler. It seems probable that the second storey was added when alterations were made to Upton Cross in the mid-nineteenth century.