This mid-1950s panaramic taken on derelict nursery land clearly shows Rose Cottage on the right and what is assumed to be Broomhurst on the left.

The 1840/1 Tithe survey of Newton shows only fields in this area but does show the lane (Well Lane) ending where Rose Cottage seems to have been built circa 1850. The 1872 O.S. map shows the cottage surrounded by nursery and it was almost certainly inhabited by a senior employee of the nursery. 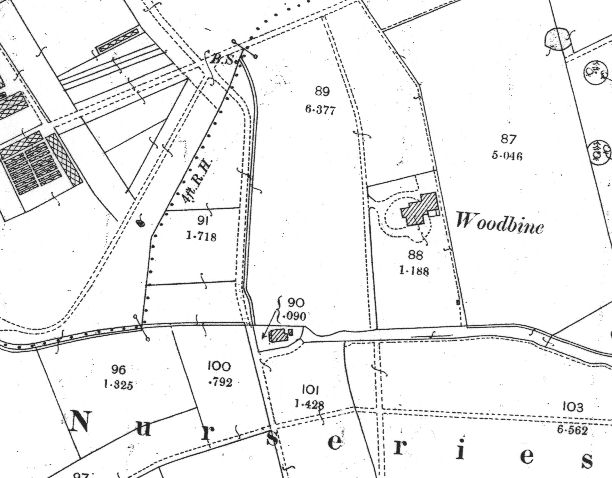 The map shown here is the 2nd edition O.S. revised 1898 now showing some of the nursery land given up for a country residence. Initially called Woodbine its name had changed to Broomhurst by the 1908 revision and still shown as such on the 1936 edition. The 1936 adition still shows Rose Cottage (which is not actually named on any of the O.S.) as being at the end of Well Lane.

The 1951 WI History map does not show Rose cottage - presumably since it was not strictly Upton.