- often refered to as 'the Judge's House' 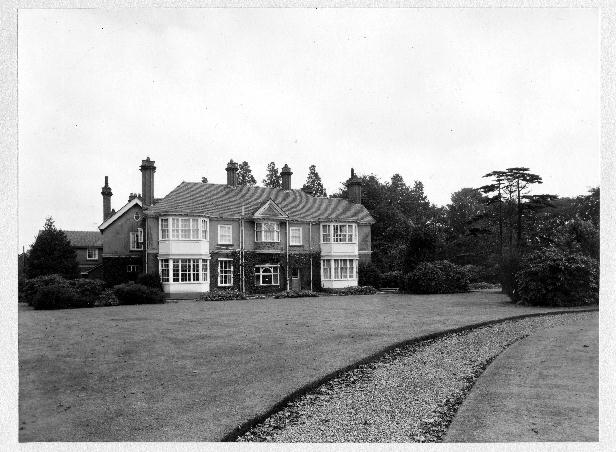 Upton Heyes was built along the upper part of Flag Lane by Mr. G. H. Broadbent. In the 1890s he bought land from Sir Philip H. B. Grey-Egerton, including fields called Hay Field and Near and Further Hay Field, and thereon built Upton Heyes. The next owner was Mr Rigby, of whom we hear in connection with Demage Farm. The Upton Council minutes record the dispute of the ownership of demage Lane during Rigby's ownership when he sealed off the lane only to have this torn down by annoyed locals.

In 1923 Mr. Beresford-Jones bought the property and the family lived there until 1947, when it was taken over by the Cheshire County Council for use as Judge's Lodgings. A famous visitor there in November, 1950, was Lord Goddard, Chief Justice.

The 1965 WI History update records the judges arriving during April, May, July and November - the traffic on the A41 being halted by the police to allow the safe crossing of their official cars.

In the 1950s / early 1960s Mr & Mrs Thornton were the wardens and the grounds are remembered for their unusual trees - Tulip & Handkerchief - as well as the grass tennis courts. From the WI1965 Upton history