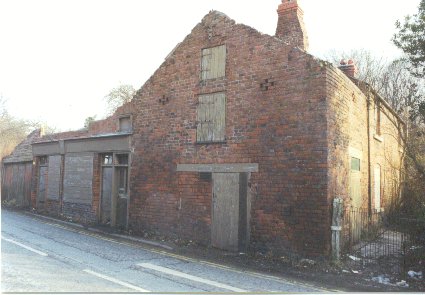 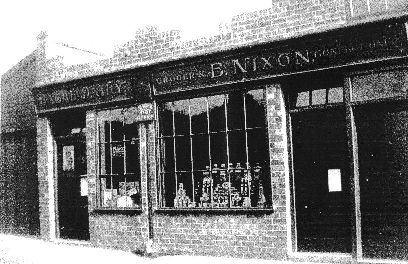 The Post Office and shop in the 1950s. Miss Gladys Nixon ran the post office and grocers in the traditional way with a welcoming open fire and a friendly dog. The post van could stop outside without causing obstruction to anyone. Her brother-in-law Mr Godwin (pictured here) delivered milk in his horse & cart - the horse kept in the field behind. It is reported that Miss Nixon's father Edward kept a single cow and before the days of selling bottled milk he used to ladle out from a traditional milk churn on the pony and cart. A resident recalls that Edward Nixon made hay from part of their land and stored it in a barn on the far side from Mill Lane. 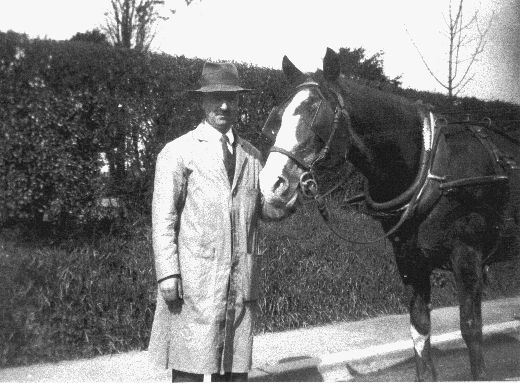 According to the late Chester historian Bernard Wall - 'The meadow behind the cottage was formerly a pool, hence the cottage's name. Flookers brook which filled the pool still runs beneath , piped, on its way to the river past Sealand Road. When the Normans came Earl Hugh let the monks make the pool a mill pond with water to operate a corn mill the far side of Liverpool Road.

It is understood that the Nixon family also owned the garage on the corner with Liverpool Road. Jack (brother to Gladys) leased the garage to Bill Gallagher - the descendents of whom now have a larger business at Sandycroft (need to check on this)

It is worth noting here that the Miss Nixon's Riding School had no known connection with these Nixons.