(the name in past times may have been 'Bache Hotel and in recent years has had many different pub names).

As the old (undated) photograph suggests - this coaching inn has existed for many years being sited on a major Turnpike road. This building may even be on the site of much older buildings.

Reference is often made in old books (including the Upton Township Minutes) to a house at Bache Pool used as a meeting place for ratepayers and overseers. Egerton was the Lord of the Manor and it was customary to so name the inn where people collected to pay their dues. The tenant proprietor in the mid-1800s was George Rolinson (or Rolison) who also occupied some surrounding fields.

In 1911 Sir Philip B.Grey-Egerton sold to the Northgate Brewery the public house with its yard. and gardens. 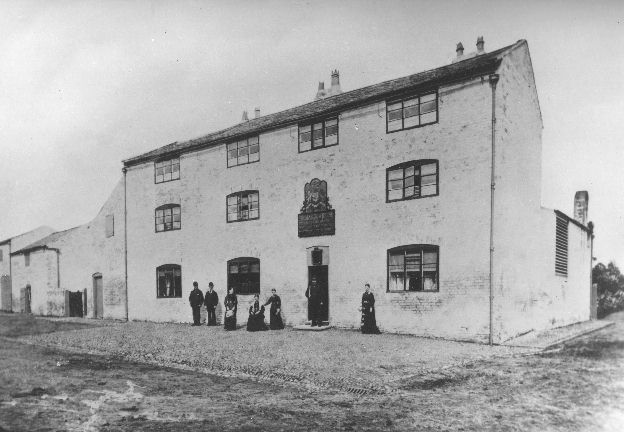 The 1965 WI scrapbook records that along with the other pubs in the village - the Egerton Arms had just been modernised.

Since then the pub has taken on several names for short periods...