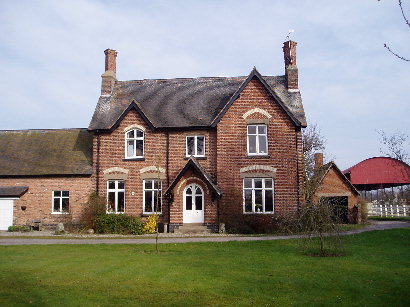 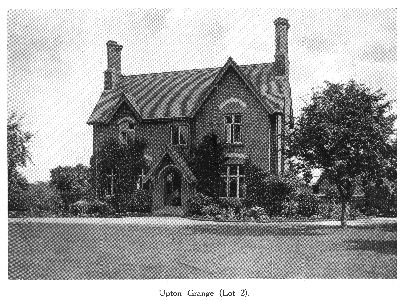 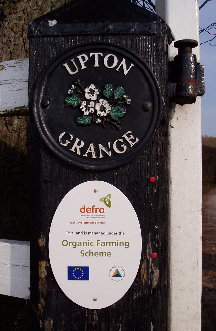 This farm and associated buildings are situated at the north east end of the village, with the boundaries between Upton, Picton and Hoole crossing its land. The original farmhouse was part of the quadrangle yard - the style of the day - and probably built in the 1700s although there are suggestions that some form of farming settlement existed here for many previous centuries. From its position it might have been the 'Heath House' referred to in sixteenth century records - but this is only conjecture.

In the mid 1800s - in line with the building of many other local Gentleman's houses - the front farmhouse (pictured above) was built and the old farmhouse converted into two cottages. These cottages have now been combined into a single dwelling and significantly extended.

The site of the quadrangle was surrounded by a moat. Although much of this has now disappeared - it helps support the theory of a settlement stretching back many centuries.
On its land is a pit named 'Donkey's Hole' about whose name we have no information. However much the land is flooded around it the hole remains perfectly dry .

The farm has been with the Dutton family for nearly 100years. John Darlington Dutton arrived 1906 eventually buying the farm in 1917 when the owner the Earl of Shrewsbury sold it by auction along with 5000acres of other land.

John bred Hunter racehorses and his son Billy - a gentleman jockey - won the Grand Nationalin 1928 on 'Tipperary Tim'. John was succeeded by Tom at the farm which is now with the next generation - Piers & Tim Dutton - it is a dairy farm although previously the farm was mixed with sheep and pigs.

In the 1839 Tithe apportionment – Samuel Thomason occupied the farm buildings and the surrounding land - all owned by the Egertons. In the 1851 census he is recorded as aged 50 unmarried and farming 165 acres. (Thomas Thomason is noted many times in the Township minutes for the late 1700s – as is Dutton.)

John Darlington's tenancy agreement of 20 April 1906 was made with the Rt. Hon Charles Henry John Earl of Shrewsbury and Earl Talbot. The previous tenant was named as S B Ducker. The land amounted to 168 acres 3 roods and 12 poles.