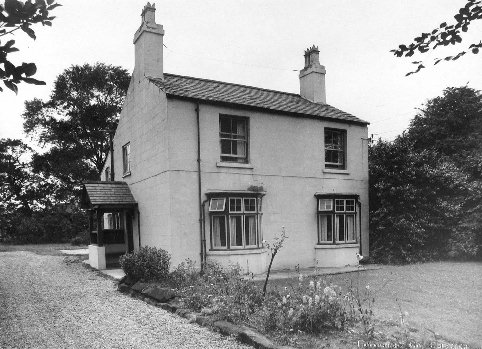 Located on Flag Lane this would have been one of Upton's oldest existing house in the post-WW2 period.

In 1839 it belonged to Mr. John Ithell, and remained in the possession of the Ithell family who lived in Upton Hall. Mr. R. Ithell moved there in 1923 after leaving Upton Hall which was demolished c.1933.

Indications of its age were the old rush ceilings taken down by Mr. Ithell, and the stone foundations. The house was modernised and from the front did not give the appearance of an old house during the latter half of the 20th century.