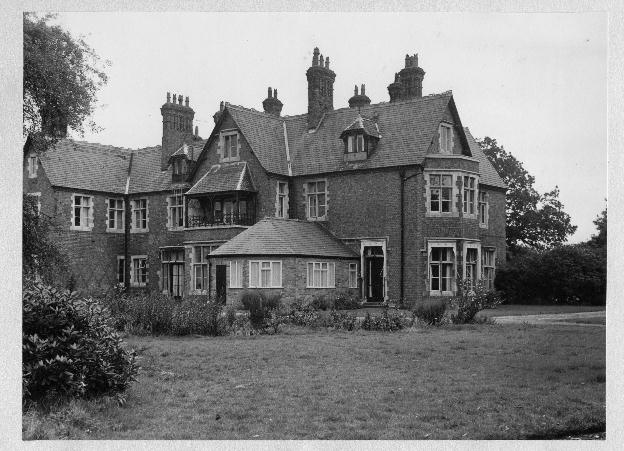 From the WI1965 Upton history..... a large and spacious brick residence, was built, according to Ormerod, in 1850s by T. Helps, whose initials are entwined on the front of the lodge. In 1859 there was a curved walled garden standing back from Smoke Street. To-day most of the walls and the garden can be seen in the grounds of Upton Lawn, amid delightful surroundings which are enhanced by the many lovely trees and the rhododendrons in flower in Spring. The property was sold first to the Logan family, generous benefactors to the church, and next to Mr. J. Meadows Frost, who later became Sir John Frost, Mayor of Chester. The latter and his wife are well remembered in the village. They, too, were very generous and threw open their grounds for festive occasions in the village. Many notable visitors came here, one of whom was Earl Haig. It was he who planted an acorn brought from Verdun, which is now a sturdy young oak tree. In recent years the house was turned into flats and now many can share in the beauty of the lawns and gardens.

Parish records show the existence of a lending library in 1884 for the following notice has been found:-

By the kindness of T. Walton Thomson, Esq. a handsome gift of new books has been given for the use of Upton parishioners. These books are for the present placed in the Reading Room at Upton Lawn and are now ready for use. The library will be open every Monday evening from 7-8 o'clock. Subscriptions one penny per month (payable in advance). The Library is not confined to the members of the Reading Room but is open to all Residents in the Parish.

The 1965 WI update records it still as flats but that Lawn Drive and Grangeside had both been named so presumably with some new properties built. Lawn Drive & Grangeside are on the 1967 OS but some properties have been in-filled in Grangeside later.

A garden party at Upton Lawn given by David Frost of the well-known milling family. In the picture is his father John Meadows Frost who was Mayor of chester from 1913 - 1919. 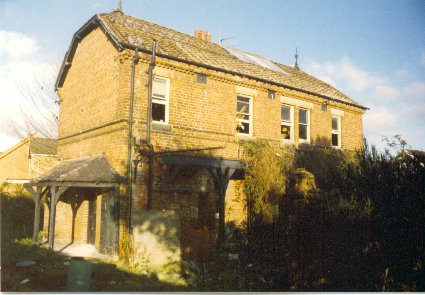 The coachman's House was demolished c1986 in a derelict state having been recently used by a dealer to store antiques. Photo'd just prior to demolition