The original architects drawing - note symetry with entrance each side

Post-WW2 view showing the north side of the building. 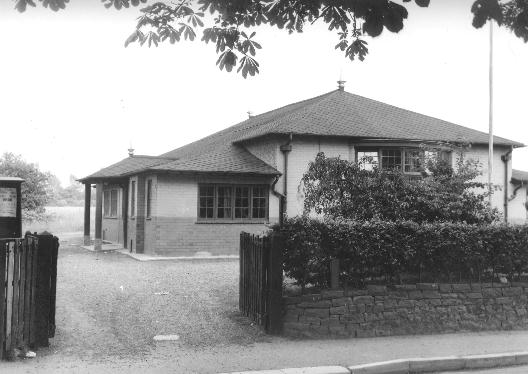 From the WI1951 Upton History Scrapbook account....
The Village Hall stands as an outward expression of a strong community feeling allied to tremendous enthusiasm and hard work. The idea of building a village hall was first broached in about March, 1926. Sir Philip Grey-Egerton sold the site at the extremely low price of Ł20 "provided that it was used for the benefit of the Village." The site of a quarter of an acre adjoined the village school and was originally part of Dicksons' Nurseries.

The Vicar, Mr. Sparling, cut the first sod on 27th July, 1926, and the hall was opened by Lady Arthur Grosvenor on 8th December,1928. The Chairman, Mr. Beresford-Jones, stressed the importance of the event in the history of Upton. "The hall would provide a centre for those social and educational movements which were growing in the villages. There was at least one such Important movement, the Women's Institute, Mrs. Crompton President of the Women's Institute, said that the W.I. would probably use the hall more than anyone else.

"The hall will have accommodation for about 400 people and the floor is particularly for dancing. There is an imposing approach by means of a spacious vestibule and there are ladies' and gentlemen's retiring rooms. Tea rooms, with kitchen, are arranged on one side of the hall and there is a stage which will prove invaluable for musical and dramatic entertainment. From the architectural point of view, the building is the ideal village institute. Electric light is laid on and this will enable badminton to be played in the evening. “

Behind the scenes lay much hard work and nearly everyone in the Parish has contributed in one way or another to the raising of the funds. Social life in Upton will receive a rare fillip." (Quotation from the Crewe and Nantwich Observer).

The Memorial Garden in front of the Village Hall was a memorial to Miss Monica Sparling. It is a little paved garden, and surrounded by a coping, with a bird bath in the centre, and laid out among the rhododendrons by the flagstaff. 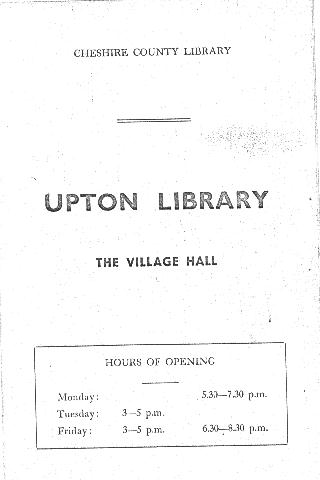 Notable events in the Hall over the years